The first beer from Brouwerij Wageningen (Brewery Wageningen) is brewed to celebrate the 750th anniversary of our city Wageningen and is called ‘Otto II van Gelre’ (Otto II Count of Guelders), to the man that granted Wageningen its city rights. It is brewed to our own tested recipe: a bottom-fermented, amber and crisp hoppy beer with 8% alcohol.

The brewery is not yet complete and therefore we brewed this beer in a befriended brewery.

Wikipedia about the history of Otto II of Guelders:
Otto II of Guelders (ca 1215 – January 10, 1271), nicknamed the Lame, was Count of Guelders of October 22, 1229 until his death in 1271. He is the son of Count Gerard III of Guelders (also referred to as Gerard IV or Gerard V) and Margaret of Brabant. The Count had many nicknames. Examples include ‘the Lame’, ‘the Horse Foot’ or ‘lame’ because of his club foot. Another nickname was also the ‘Founder of Cities’ because of the many villages he promote to city. 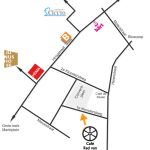